David Chin is the founder and the Artistic Director of Bachfest Malaysia, and the conductor of the award-winning Malaysia Bach Festival Singers and Orchestra, as well as Mendelssohnchor Malaysia. The recent performances of St. Matthew Passion by the Malaysia Bach Festival Singers & Orchestra under David's direction was awarded "Best of 2019" and "Best Choral Ensemble Performance" for the 17th BOH Cameronian Arts Awards. He has also won awards in piano solo, harpsichord concerto, piano concerto, as well as original compositions for chorus and orchestra. He recently played the harpsichord for a concert conducted by Ton Koopman at the St. Thomas Church during Bachfest Leipzig 2022, and served as the continuo organist for concerts by the Arnstadt Bach Choir and capella arnestati (Leipzig-based period instrumental ensemble), as well as the Ukrainian Youth Symphony Orchestra. David was invited to present his paper at the American Bach Society in Philadelphia in October 2022. He was also invited to teach a masterclass on interpreting Bach at UCSI University in Malaysia as well as to deliver a lecture at the Faculty of Music of Silpakorn University in Thailand.
​
David has been appointed to translate the latest Bach's biography by renowned Bach scholar Michael Maul from German into Chinese. He has been named Senior Fellow of Bach-Archiv Leipzig, and became the fourth person who receives this honorary title since the founding of the institution in 1950. He currently assists Bach-Archiv Leipzig in producing a Chinese version of the monumental J.S. Bach database website. David produced Encountering Bach in 2020, a documentary on the life and music of J. S. Bach filmed at all the Bach landmarks and institutions in Central Germany. He currently serves as a music committee member of the national Chinese independent high schools in Malaysia, where he serves as a music textbook writer and editor, and also provides music training for music teachers throughout the nation.
As a professor, David has led multiple concert tours, directed high school choral festivals, conducted choirs and orchestras of all levels, and taught courses on conducting, voice, music history, music theory, ear-training, and music appreciation. David's conducting students have been admitted to graduate programs at prominent institutions such as the Westminster Choir College, Cincinnati Conservatory of Music, Eastman School of Music, Georgia State University, University of Tennessee, and University of Connecticut, to name a few.

Over the years, David has directed numerous choirs and orchestras, and collaborated with outstanding musicians from all around the world. His live performances of J.S. Bach's cantatas and passion have been aired by more than 50 radio stations across the United States, and his original sacred piano arrangements have been broadcast on the International Television Program. He has also been featured on various radio stations, magazines, and newspapers in Asia, North America, and Europe. As an enthusiastic church musician, David has served Presbyterian, Lutheran, Methodist, Baptist, and Anglican churches around the world. He was a member of the renowned Schola Cantorum at Christ Church in Rochester, New York from 2011-2014, where they perform Gregorian Chant, choral improvisations, motets, and anthems from the Renaissance, Baroque, and twentieth-century in the weekly Office of Compline. David studied conducting with renowned conductor and pedagogue William Weinert, who has been his mentor since 2010. Additionally, he has also studied under Helmuth Rilling, Simon Carrington, Ann Howard Jones, Craig Arnold, Bradley Lubman, and Cleusía Gonçalves. His piano coaches included pianist Daisy de Lucca (pupil of Magda Tagliaferro, Fredriech Gulda, Richard Hauser, and Guido Agosti) and David Ehrman; his voice coaches included Raymond Gibbs (former Metropolitan Opera House tenor), Kathryn Cowdrick, and Wayne Kompelien.

David holds both Doctor of Musical Arts and Master of Music degrees from the Eastman School of Music, where he was the recipient of the Charles W. Kennett Scholarship and the Herman Genhart Choral Conducting Scholar Award, in addition to full scholarship to pursue both degrees. The graduate programs in conducting at Eastman have repeatedly been ranked by the US News and World Report as the finest in the United States and the world. While at Eastman, David conducted the Eastman Chorale, Eastman Philharmonia, Eastman School Symphony Orchestra, Eastman Repertory Singers, Eastman Bach Ensemble, Eastman-Rochester Chorus, and served as the pianist of the Eastman Women's Chorus. He was awarded the prestigious Harvey Fellowship by the Mustard Seed Foundation in 2015, and the Burton Fellowship Awards for German Studies in Germany in 2017. David holds Bachelor of Music degree (Magna Cum Laude) in Choral and Piano Performance from Liberty University, and was awarded both "Outstanding Music Student of the Year" and "Outstanding Keyboard Student of the Year" upon graduation. While at Liberty, he conducted the Timothy International Student Chorale and Liberty Chamber Singers. In addition, he was also the winner of the concerto competition and appeared as a soloist at the Honors Recital. David began his music education at the age of nine, and successfully obtained an associate diploma in piano performance (ATCL) from Trinity College London in 2004. His motto is Philippians 4:13. 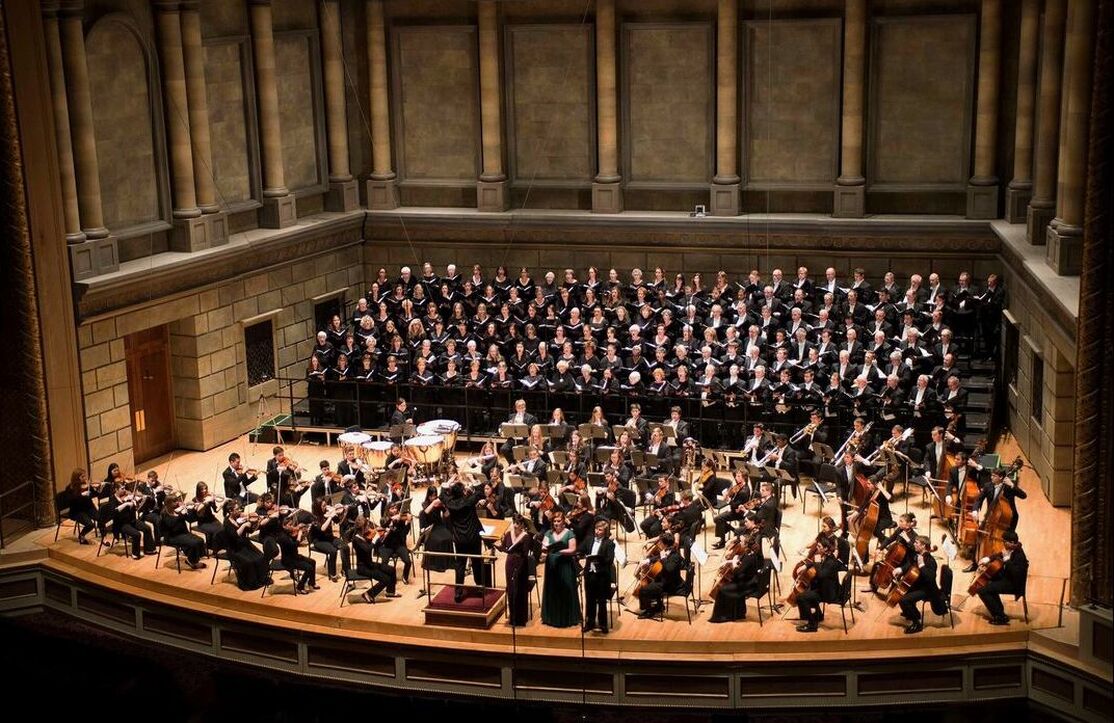